Yoga stretches, kid pics, culinary delights and injuries on rotation. In your late 30’s and early 40’s skate trips aren’t quite the same as they used to be.

It’s no secret that as life moves on, the freedoms we enjoy as young skateboarders become fewer and further between. Jobs, kids, mortgages, families and general life responsibilities leave little time for jet setting around Europe with your mates, searching out new pastures of concrete ledges and dreamlike skateparks. As soon as you get enough spare cash for a holiday, family or partners usually come first which of course is understandable. It becomes increasingly more difficult to convince your better half that a skate trip isn’t just a jolly with your mates. ‘It’s a culturally enlightening exploration of architecture and important bonding between skate brothers!’ I usually preach while realising it does actually have a lot of similarities with a ‘jolly’.

If your anything like me you’ll probably take your board and camera on a family holiday and force your other half to film you doing a ‘souvenir trick’. Convincing yourself that you can kind of turn your holiday into a partial skate trip. But this doesn’t quite work for a number of reasons. Your skate crew more than likely aren’t going to be there so whatever spot you find you’ll be hitting it solo, and more often than not your partner isn’t really into wasting valuable sunbathing time trying to shoot your next ‘I’m still skating!’ insta pic. Plus she’s probably not a skate photographer so your stunt may not look as good as it feels, and you simply don’t need that level of disappointment on holiday.

When the time finally comes that you coincidentally have a bunch of mates about to embark on a skate trip and you can actually afford it plus you get the all important green light from the family captain, the opportunity is well and truly pounced upon. This is how I found myself to be on a trip to Copenhagen with a couple of my old skate buddies. My friendships with these guys go way back. Some also had some pretty radical skate coverage over the years so I’m going to introduce them with that in mind.

Steve Alexander: The lesser known but equally sick at skateboarding of the Alexander brothers. Steve’s brother Paul was featured in Vice documentary I made a few years back. Steve made waves in Leicester and Bristol in the late nineties early noughties with his huge amount of pop and style on a skateboard. He’s also one funny mother f***er, and now works as a carpenter. Steve also took on the role of house chef and served up a mean meal that we devoured under a grainy moonlight on our balcony, very civilised. 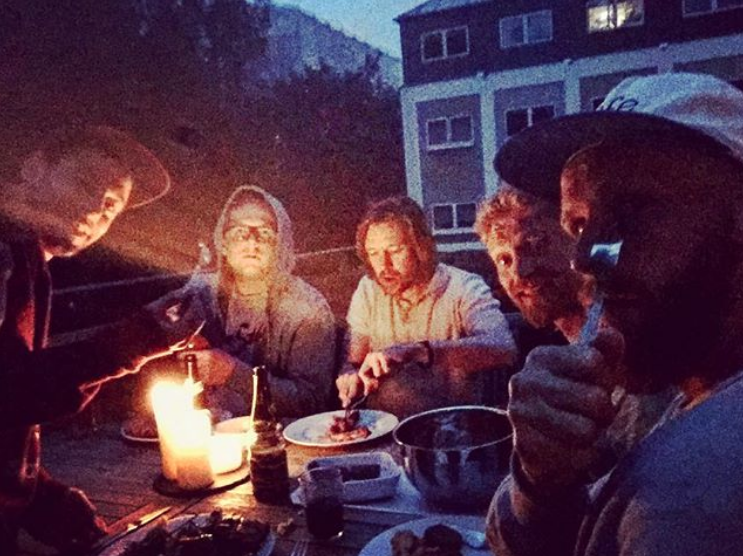 Jon Minta: I met Jon years ago through Carl Vance and used to stay with him when I visited Ipswich, which was the home of my first sponsor Hoax skateshops. I’ve had many a good time with Jon, skating, filming, reminiscing or just getting baked. He is one of the most talented skateboarders I’ve had the pleasure of rolling with. I was amazed to see that after being reunited in Copenhagen for the first time in what must have been almost a decade, he’s still an amazing skateboarder, a lovely chap and still an avid fan of a good ole Raaney (look it up – its an Ipswich thing). 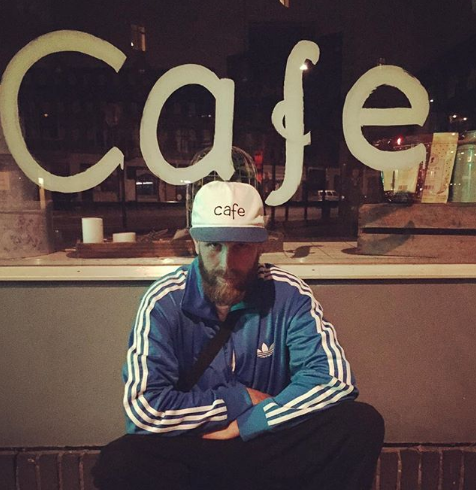 Carl Vance: Carl is a longtime friend of mine and a solid street skater. He had a few sponsors back in the day and graced the pages of Sidewalk magazine a number of times. Carl is great because he gives us all faith that a decent standard of street skating is still possible in your early 40’s! Carl was the oldest on this trip but if you look at the edit you’ll notice he has the most footage! The man never takes his foot off the gas. He’s also recently landed a job as warehouse manager over at Rocksolid HQ.

James Guthrie: Guff has been an integral part of Bristol’s skate scene for many years. Good friends with Paul Alexander he filmed most of the archive from our documentary and has continued to film practically everyone from the entire Bristol skate scene over the years. He’s also built one of the best mini ramps known to man which now lives at the wooden Campus skatepark.

There’s not much more to say about the actual trip as I’m sure a minute by minute account of events isn’t going to be as interesting as your usual skate hero testimonial. I was only there for 3 days but needless to say it was pure fun. For anyone who’s never been to Copenhagen its a skateboarder’s paradise. Not like Barcelona which although amazing is pretty played out and has some decidedly seedy parts of the city to get caught up in, not to mention the corrupt bunch of twats known as Guardia Urbania.

Copenhagen at present seems to embrace skateboarding in its city, which is beautiful, multicultural and generally friendly. The bike lanes are also a godsend (although I’m sure the cyclists don’t see the skateboarders in their way as that). But your best bet is to hire a bike as you can cover a lot more ground and actually have some energy left when you get to the spot (important for us old fogies). You may well know of Christiania the free living ‘freetown’ with a mini ramp and choice of herbal remedies. The place with the famous mini ramp that Penny had the eS shoes ad fs flipping on the ridiculous roll in. Aside from all the pleasures this city has to offer, the best thing was that feeling of rolling on your board in a foreign land with a crew of friends and new spots to find.

Beers between skates, amazing spots, communal meals, reminiscing, sharing of music, edits and kid pics. Maybe things have changed a little but essentially skate trips are still bloody good fun and worthwhile experiences when you can get em. They aren’t that different to how they used to be, I just hadn’t been on one in a while.