An hour down the M4 and I had worked out who the now world famous ‘RTJ’ actually were. A bit of motorway chit-chat with director Ruffmercy and a few youtube links down the line had me recognising ‘El-P’s voice from the early days of the Company flow cassettes. As a young skate rat I remember the tapes my mate would play in my car stereo, banging from Fiat Uno’s shakey cage. I still didn’t really know who Killer Mike was apart from the fact that he was somehow previously a part of or involved with Ouktast. Perhaps it was partly my naivety that helped my experience to be so ‘down to earth’. I got a similar vibe to when you meet pro skateboarders, their just dudes who are on their way up. I wouldn’t say we bonded to the mega states of them actually being able to recognise me at our next encounter (but to be fair that was a year or so later, filming them at Field Day). 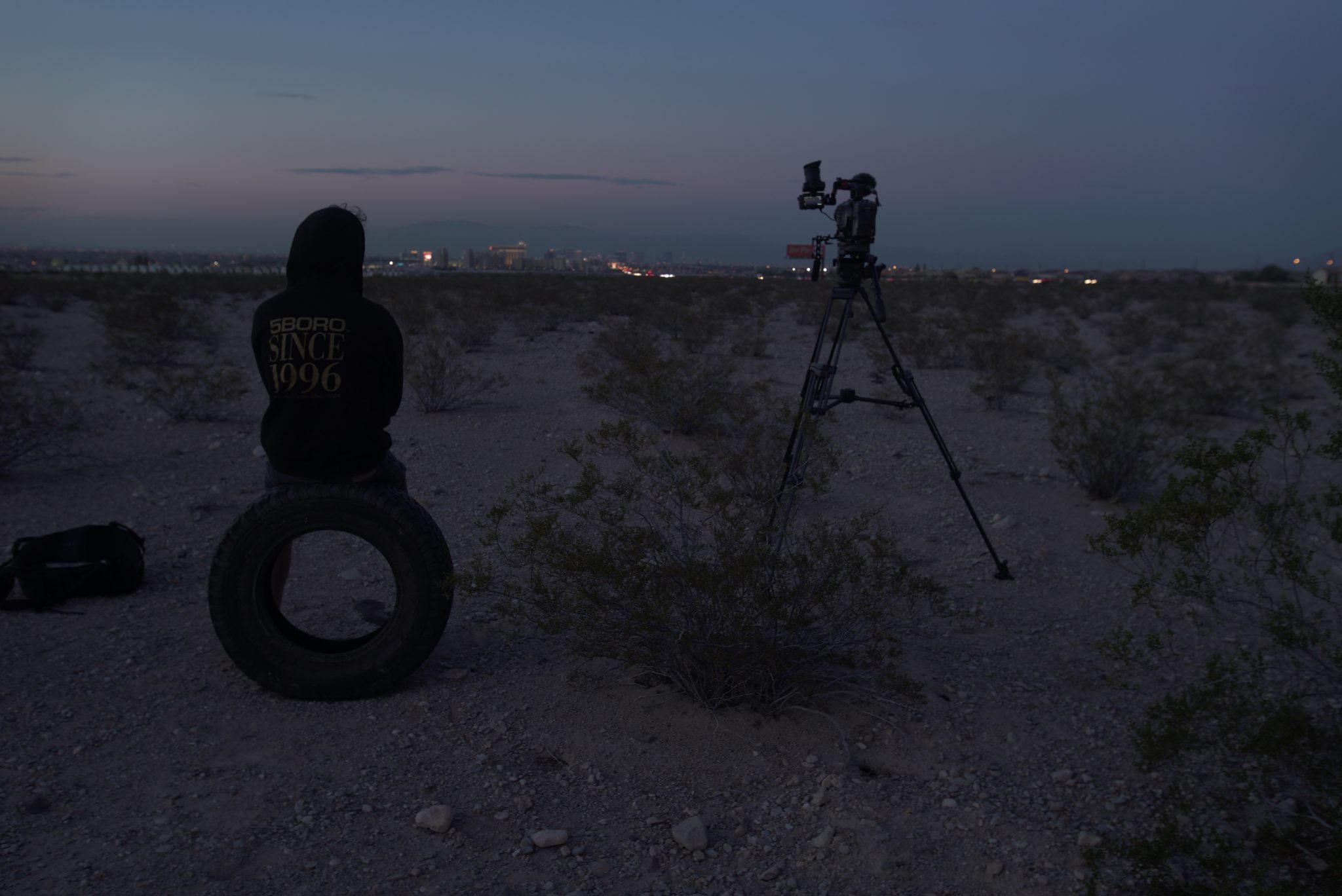 None the less I still valued my little encounter with RTJ before they became superstars (to my knowledge), obviously getting a name like that under your belt as DOP is great, but also I’ve been following them on their rise to fame, and in particular Killer Mike’s move to political prowess. I’m interested in successful artists, particularly in subcultures that spawn from deprivation. Our world is so fucked right now the more young people who can be positively inspired to take control of their own destiny in a positive way, the better in my opinion. Since our brief meeting in 2014 they’ve played at Dismaland, appeared on Letterman, Interviewed US Presidential candidate Bernie Sanders, survived a bizarre on stage attack at SXSW and most recently collaborated with DJ Shadow on a timeless classic.

What’s so great about Killer Mike is the fact that he can be a role model for so many young people. He actually holds a lot of power with the fact that he literally has millions of fans at his feet, so what he says matters. I’m interested to see where they go from here. I’ve picked two of my favourite clips from these guys over the years and some other noteable moments.

First up his systematic breakdown of Hip Hop culture in answer to Bill Maher’s question of Hip Hop inspiring violence.

Next up is a clip they filmed for Rookie magazine as part of their amazing ‘Ask a grown man’ feature, in which I think El-P really shines. It’s not often you get to see two adults from a fairly male dominated macho world give advice to teenage girls about their love life.

And here he is talking about Black Lives Matter

Previous PostRecommended Viewing: Surfing the Arctic Tundra
Next PostDirector of Photography: Blue Daisy Used to Give a F*ck Music Video