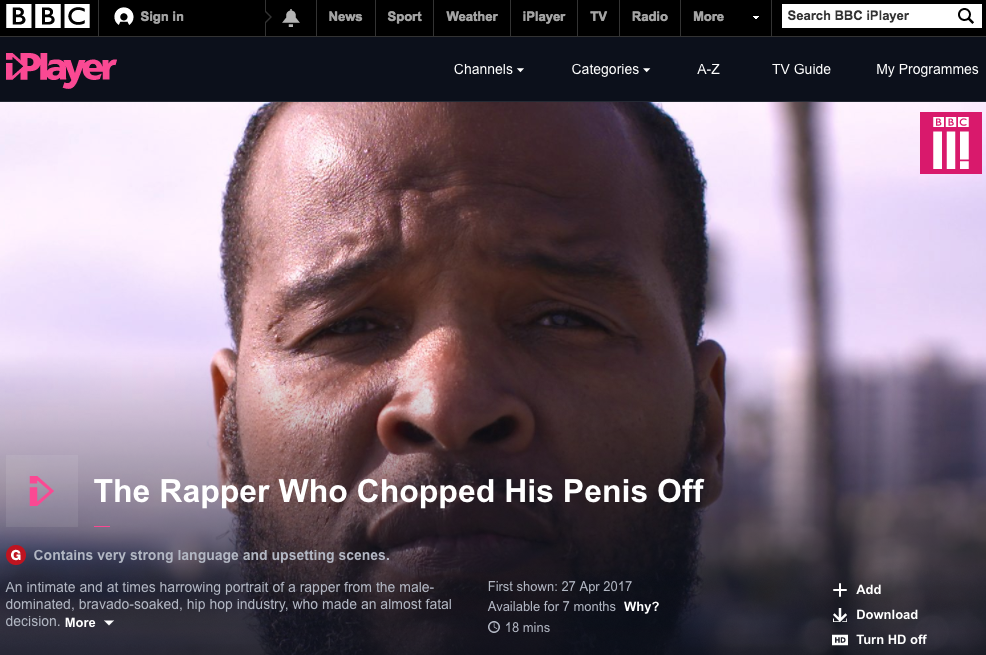 I Directed & Produced this film for BBC THREE. Featured in the Guardian top 10 things to watch and sandwiched between Eastenders and Masterchef on iplayer, being the 3rd most popular thing to watch during it’s release.

Christ Bearer, aka Andre Johnson, was headline news in just about every publication during April 2014.

He went from being an underground Wu-Tang Clan affiliated rapper to a humorous, worldwide tabloid sensation overnight: the wacky story of the rapper who cut his own penis off and jumped from a two story balcony.

Harassed by the media while recovering in hospital, his suffering was overlooked until months later, when it emerged that Andre had been under the influence of PCP among other drugs, and had been suffering from severe depression.

The act was in fact a reaction to the downward spiral of dark and destructive thoughts he was experiencing as a result of a far from perfect family life.

This documentary hears from a number of Andre’s friends, colleagues and family members, offering a first hand look at how difficult mental health issues can be to address in such a macho industry as Hip Hop.